EDH Music is owned by Cameron and Emily Carbrey, a musical duo whose passion for music brought them to dedicate their efforts to helping others make beautiful music together.

On January 1, 2018, Emily and Cameron embarked on their journey as the new owners of EDH Music in an effort to bring the customer care of a Mom & Pop shop and the quality of gear of a big box store at competitive prices to the middle of a small neighborhood. Since taking over, EDH Music has become an esteemed dealer of PRS, Kala, Music Man Instruments, Sterling by Music Man, Guild, Sabian, DW, PDP and Ibanez. We have settled on some of the best brands at all price points from beginner to professional. 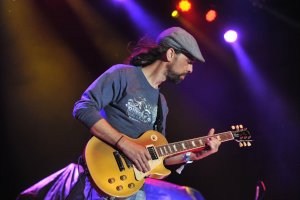 Sacramento native, Cameron began playing music at the age of three when he first discovered power switch for the electric organ and would continue on to study piano, guitar, clarinet, and saxophone through elementary and middle school. In the early '90s his studies branched out to include bass and drums.

As a Junior in High School, Cameron composed an original score that would take him to the University of Southern California to workshop and later perform live for a month long run in New York. At the age of 22, Cameron began teaching at Ted's Music Stop (which would later become El Dorado Hills Music) while continuing to develop his musical career.

The projects that followed would lead to playing with country recording artists, hip hop, original blues, original progressive rock bands, and music for film/TV/Web.
After being named in the "Top 100 Unsigned Acts in the US" by Music Connection Magazine two years in a row in 2008 & 2009, winning the SBMA Award for Best Independent CD, receiving two LA Music Awards Nominations for Best Rock CD and Best Rock Single, international touring, performing with grammy winning artists, a lifetime of experiences, and decades of teaching, Cameron met his best half and co-owner of EDH Music, Emily, who is also a musician. 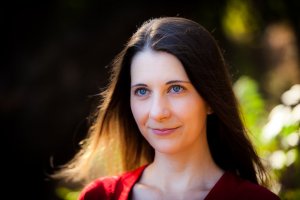 Emily is the Assistant Conductor and Soprano Section Leader of the Sacramento Master Singers and holds a Bachelor's Degree in Music Education with a concentration in Voice from the Crane School of Music in Potsdam, NY.  She continued on to earn her Master's Degree in Choral Conducting from Binghamton University in Binghamton, NY.  Emily moved to California in 2006, and in 2011 she was lucky enough to meet Cameron - it was on their very first date that they discussed the grand plan of buying El Dorado Hills Music years down the line.  Two years into their marriage, that dream became a reality.  While Emily continues to work as a bank manager, she works mostly behind the scenes of EDH Music making sure that the store is running smoothly from a financial bookkeeping perspective.  She looks forward to seeing where she and Cameron will take the store next!


Some of the great guitars we've had the pleasure of connecting with their new owners.