El Dorado Hills Music is  an Authorized Dealer of Ernie Ball Music Man Instruments.
Made in the U.S.A. in San Luis Obispo, California. 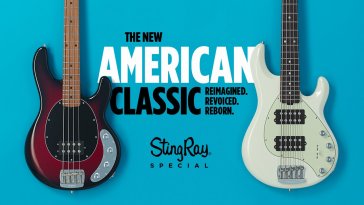 Originally founded in 1974, Music Man built its name leading an industry revolution, introducing active electronics on its production instruments. As part of the team during the 70’s, Sterling Ball played an important role on the design and development of the iconic StingRay basses.

Officially purchasing the company in 1984, Sterling, joined later by his sons Scott and Brian, has built a team of dedicated professionals who collectively share a common goal: building the highest level of hand-crafted instruments available.

Shipping to more than 135 countries from the Central Coast of California, the brand continues to expand its reach worldwide based on the strict quality standards, innovative design and the finest craftsmanship it is known for.